Despite the efforts of the Labour Administration on Renfrewshire Council and the petition organised by the Labour MP's the University of Paisley announced about a month ago that they were changing the name and the likely outcome would be the University of the West of Scotland.
Only today have the local SSP joined the debate, three time failed candidate Ian Hogg has only now noticed! The Paisley Daily Express (no doubt spurred on by the press release Mr Hogg or the SSP provided) wrote an article suggesting that as a graduate of the University Mr Hogg is concerned, well, welcome to the party Ian although you are a little late. As a graduate in Politics and Social Policy from the University of Paisley I too have been worried only my concern stems beyond this week!
Better late than never I suppose, thanks for joining the Labour Party in it's efforts and I am glad that you agree with us, however it may have been better if you had mentioned the petition or even given credit where credit was due but I guess that would have been too much to ask!
Posted by Rayleen Kelly at 11:28 pm No comments: 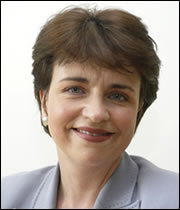 In the Glasgow Herald this afternoon it is carrying a story about our local MSP Wendy Alexander taking up a new role in Hoylrood as the Chair of the Finance Committee. The article suggests that she may be a thorn in the side of the Executive yet it also suggests that she will have a main role in next years election campaign.
Personally I want to congratulate Wendy on her new position, it comes as no surprise to me that Mr McConnell has asked her to take this position and I am sure she will do an excellent job, yet another Paisley MSP raising the profile of Renfrewshire.
Posted by Rayleen Kelly at 11:03 pm No comments: 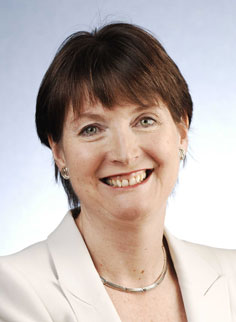 Harriet Harman the Minister of State (Department for Constitutional Affairs) was in Elderslie today campaigning along side the Labour Candidate John Caldwell. Members of both the Labour Party and the public were impressed with Ms Harman's attitude and down to earth personality. Thanks have to go to the local party for their efforts so far and to the people of Elderslie for their positive attitude towards Mr Caldwell.
Posted by Rayleen Kelly at 10:34 pm 7 comments:

Not being much of an X Factor fan I was aware but not entirely sure who Journey South were (sorry boys!), but this afternoon at the switching on of the Christmas lights they proved any critics they may have had wrong! Despite of the heavy rain and cold wind the guys showed how professionals should do it! They sung four songs and obviously had quite a following.

They previewed a song from their upcoming album and I must admit that I will probably want to hear more, which is something coming from me because I do not really like most of the acts in the X Factor and Fame Academy shows (with the exception of our own David Sneddon -that is a fiver you owe me Dave) so well done for changing my mind.

Can I also say that I was very impressed with their behaviour, before leaving the stage they shook the hands of the crowd at the front and signed numerous autographs at the Town Hall, which always helps.
Posted by Rayleen Kelly at 9:33 pm No comments:

RENFREWSHIRE COMMUNITY HEALTH PARTNERSHIP
This afternoon was the third meeting of the Renfrewshire Community Health Partnership of which I a member. The meeting was well attended and even at this stage had members of the public present, the reports discussed included the appointment of the Head of Children's Services, the formulation of the Public Partnership Forum, and a report on the Renfrew Health Centre development.
Some of the opposition in Renfrewshire have complained at great length and at great volume about the Labour Administration of both the Council and the Scottish Executive 'betraying' the people of Renfrew over the Health Centre Development, they have suggested in the past that it was not going to be built, that the Scottish Executive had refused to identify funding and generally ran a campaign of disinformation with regard to it.
Bottom line is that £15 million has been identified and set aside. The plan at the moment (barring any problems) would be that the building would be available by late 2009, just over two years!
It would be interesting to see what Mr Doig (perennial SNP candidate) has to say about this given his recent letter in the Paisley Daily Express condemning the local Labour Council and Wendy Alexander MSP for their continued support and work on this project.
Posted by Rayleen Kelly at 2:30 pm No comments: 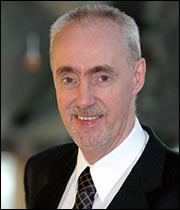 It was announced today that the replacement for Peter Peacock MSP as the Minister for Education and Young People will be our very own, Hugh Henry MSP. Hugh was the first leader of Renfrewshire Council after reorganisation he has been involved in local politics for many years and has been the Deputy Minister for Justice for the past four years.
I for one want to say congratulations to Hugh Henry MSP, I am sure that Peter Peacock will give him as much assistance in his new post as possible.
Posted by Rayleen Kelly at 7:36 pm No comments:

I have recently changed my electricity and gas supplier through switch with which and thought that it would be good idea to highlight the positive experience that I have had. I checked it out because I felt that I was paying over the odds for my electricity and gas, and found a supplier that could save me around half of my current bill with Scottish Gas, and so I switched in October.
Earlier today I checked my online banking and found that Scottish Gas had repaid overpayment on my gas account, I called and tried to find out more about it (I hadn't actually been told they were giving me money) and they said that it was only for my gas and my electricity final bill would be out soon. My point? I got back over a third of my yearly bill! Some companies are putting up the payments keeping the money and pocketing the interest! Be aware that this is common practise with some companies and my families experience of Scottish Gas is that they have tried in the past, please check your bills and call the company if you think it is too large, check out how much you can save and let them know, you never know they might be able to match it!
Posted by Rayleen Kelly at 11:39 pm No comments:

STORY OF THE SCOTTISH PRESS

I managed to catch the tail end of the documentary on BBC one this evening about the Scottish Press and their relationship with politicians. I must admit I found it interesting, it was interesting that some journalists suggested that McConnell had been badly advised by being told BEFORE becoming First Minister to come clean about his extra marital affair.
Personally I didn't think it was anyone's business and that it was private matter, but it did highlight the point that increasingly people are more and more concerned about the private lives of their representatives. Is the celebrity culture we live in to blame? It is necessarily anyone's business what their representative does in their spare time, as long as it is legal? For instance would you care if your representative was pregnant? What if they were black? What if they were 70+ or under 30? Does it really matter?
What do you think?
Posted by Rayleen Kelly at 11:06 pm No comments:

This is just a short update to let my constituents know that I have just spoken to the Community Police for the Seedhill area, we now have two community police, PC McKie and WPC Arnott, I have discussed with PC McKie the problems that residents have been experiencing in the area and have advised that the Council and the Local Community will continue to do everything they can to work with police.
Main issues highlighted were Graffiti and anti social behaviour, the police are in the process of identifying the culprits of the recent graffiti spree in the Glasgow Road area, if you have issues please do not hesitate to contact me using the link below...
cllr.rayleen.kelly@renfrewshire.gov.uk
Posted by Rayleen Kelly at 2:17 pm No comments:

EDUCATION MINISTER WILL BE MISSED 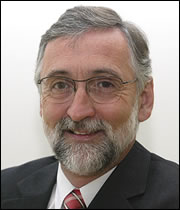 I have just read on the BBC news website that the Scottish Education Minister Peter Peacock MSP has had to resign due to ill health. Mr Peacock recently opened the new St Andrews Academy building in Paisley and this was one of the handful of times that I have been lucky enough to have a conversation with him and a few others. He may not remember me but I do remember him, when speaking on stage he was eloquent and interesting, and he will be missed in his role as the Minister.
Good luck to him in his future endeavours and I hope that he will be able to continue in his role as an MSP working hard for his constituents.
Posted by Rayleen Kelly at 12:29 pm No comments:

I now and again check in on my dad's website, why? Because it is fun! Some of the issues that he writes about attract a wide audience most of whom are hostile to his views. I have no problem with people arguing with your views putting forward their case and presenting their arguments, only problem is that this is not what happens.
The likes of Mr Farrer and Martin are well known for their personal attacks which have nothing to do with beliefs or issues, although a friend who read some of the articles did suggest that they show a distinct air of threat, they are threatened that is by Cllr T Kelly's views. They have also had a go at me, indirectly on their own comments page, this type of bully is not unusual in their brand of politics and although they may think that they are menacing in reality they are anything but.
Posted by Rayleen Kelly at 12:06 pm 2 comments:

I have spent all of today in Renfrewshire Council interviewing candidates for the Children's Panel. There have been many applicants and only twelve spots, so it is important that if you don't get picked to try again next year!
The candidates were outstanding and importantly they had a wide range of experience, age and ability which of course reflects the community. If you are interested in getting involved check out the Council webpage or contact your local authority for more information, you have probably missed this years intake but they will keep you informed of the arrangements for next year.
I personally wanted to say thank you to all of the candidates for giving their time, it was appreciated by all of the panel members and Children's Panel Advisory Committee members.
Posted by Rayleen Kelly at 9:02 pm 10 comments: